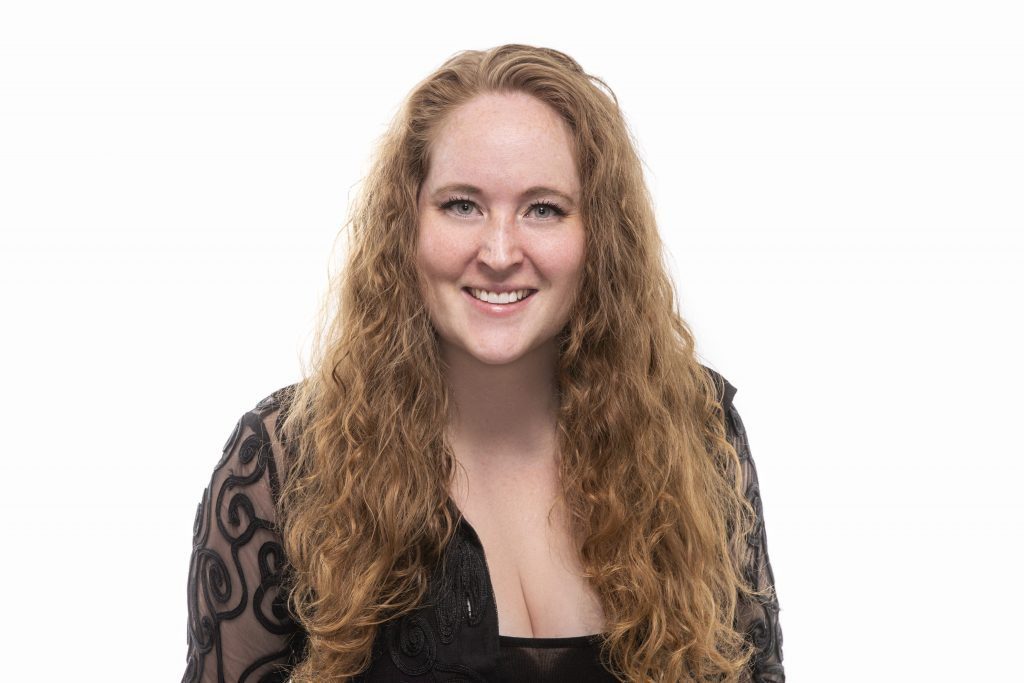 This article was written by Makayla Peacock

If you listen closely, you can hear the sounds of fingers clicking on keyboards, coffee being consumed at an alarming rate, and for those who are close enough to hear, the sounds of Michelle Weger shattering records and destroying barriers.

In October of 2012, she was doing what most young people want to do: embarking on a solo trip around the world at 20 years old and blogging about her experiences. She added stamps from destinations most people only dream of to her passport: Ethiopia, Sudan, and Nepal to name a few. 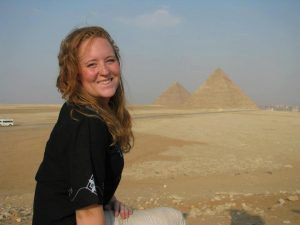 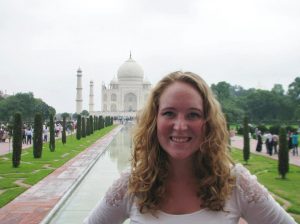 With her computer by her side and a need to find something to do while in Germany, an idea began to form. That idea led her back to her parents’ house in Canada, where she borrowed money from them after putting together a business plan.

She wanted to put together a directory platform where readers could search for classes or activities in their area, saving them from scouring dozens of websites.

“It was called Outclassed back then and it was not a website design or development company. It was meant to be a directory platform where you could search for classes or activities in your area,” she said. “The name came from the idea ‘get out there and take classes’.”

With a plan in mind and money to back it, Michelle set out in search of a team of developers who could bring her vision to reality, and she found them… Or so she thought.

The money that she had saved and the money that she borrowed from her parents went to a team of developers who took advantage of her. Her savings were invested into a website that she was not proud of. Unfortunately, this is something that far too many people in similar situations are faced with.

While she wasn’t proud of the end product, she was determined.

Where some people would see a permanent roadblock, Michelle took the opportunity and ran with it. Her tenacity took her on a different path and she decided to do it all by herself.

This determination led her to take matters into her own hands and take a coding class online through MIT (Massachusetts Institute of Technology), where she fell in love with the industry. It was then that she knew she wanted to help others who were in the same situation.

From there the seeds of what would eventually become Venture Creative Collective were planted.

Despite being taken advantage of, she can’t say for sure that she regrets the turn of events.

“I’m glad that everything happened the way it did because I wouldn’t have all that I have now, and I wouldn’t have realized that I really liked that type of work,” she said.

With the coding and development knowledge under her belt, Michelle switched gears and Venture Creative Collective as you may know it was born.

Since that unexpected turn of events in 2012, VCC has soared to incredible heights with Michelle at the wheel.

Her success did not go unnoticed.

With how fast VCC grew, Michelle knew she would need help sooner rather than later, and she gained it in the form of her now-husband who she met while playing flag football.

The ability to hire someone else to the team was only part of where her success would lead her.

During the pandemic while the world was faced with so much uncertainty, one thing was definite: Michelle was destined for greatness. During that same year, she became the youngest person to win a 40 Under 40 Award, one of the most prestigious and sought after honours for business owners. She did this before she hit 30, and she has no signs of slowing down.

Accomplishing these amazing feats would be impressive for anyone, but Michelle has managed to do all of this while living with narcolepsy.

Rather than letting it slow her down, this young CEO has nullified her disability and is using it to push herself to new heights, saying that for many business owners with disabilities, what they perceive as their greatest weakness is connected to their greatest strength.

“For me, the fact that I’m never going to be able to wake up early, I often would need naps in the middle of the day, I need to make sure that I have automation in place. Otherwise I wouldn’t have been able to compete at all with other people,” she said.

When asked how she manages to stay one step ahead of the competition, the answer is simple.

“I always have to look for ways to streamline, automate, and make everything cleaner. I do that in every area of my life,” she reflected. “Every little thing I can, I do, and I do that to compensate for my biggest weakness, but that’s a skill that barely anyone else has.”

Her dedication has put her in the position as an automation expert. You would be hard-pressed to find anyone who can do what Michelle can do with business process automation, and that’s the way she likes it, saying that even if other business owners attempted to replicate what she has done, they wouldn’t be able to compete with her.

“Because I’ve had to hone it in order to work around my biggest weakness, it’s now such a huge strength that it’s going to be very hard for anyone to compete with me in that area,” she said. “Unless they’ve been doing this for 50 years as their job, they’re not going to have the same amount of practice as me.”

Where did this dedication to succeed come from?

No one in Michelle’s immediate family owns a business, so she was navigating on unchartered territory.

She found her motivation in the form of looking up to other business owners.

No, not the Fortune 500 success stories or the millionaire moguls. But the people who were 10-15 years ahead of her. The ones whose success she could replicate if she focused, learned everything she could, and worked hard.

“If I listen and I follow what they do, and I work very hard, then I know for sure it’s possible, vs. when you’re looking at these super rare success stories and it’s a 0.01% chance that you could be that person,” she said. “There’s such a big mix of luck, obviously hard work… I guess I’m a realist. I like to look to the people who have built something that is like [what] I want.”

It’s that mix of realism and determination that led her to her current philosophy of going after what she wants. She reflected on the people who spend tons of time planning and strategizing, only to give up when they get to the one part of their plan that they get stuck on.

She is not that kind of person and she likely never will be.

Join us next week for our continued series where we meet Nabil: software developer extraordinaire, Chief Technical Officer, and Michelle’s partner in business and in life.

Do you want to see how Michelle’s commitment to success and exceptional perseverance can benefit your business?